Read about all the updates and new Oki-Toki tools for March-April 2021! 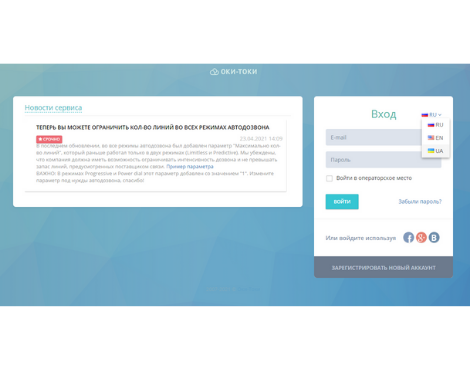 Okі-Tokі interface translated into Ukrainian! You can change the language at the authorization menu . Moving lists from the old CRM

We have removed the lists from the old CRM, there is no need for them now, since you can use the usual emergency lists as them .

If you have a very large conversation script script or you prefer to work with text in docs format to write scripts, then we have good news for you, we have launched the ability to import a conversation script in google docs format. It is enough to create a script in Oki-Toki and select the “import ” option, then select a pre-prepared document with markup conditions – The markup rules were written in detail here Wait for the verification to finish and the document to load into the chat script interface.

Events can now be created in a couple of clicks! This is currently available in the Disciplinary Limits settings , as well as in the agent statuses settings . clicking on the button will automatically substitute all the necessary parameters to catch the status or violation. This is just the beginning, we will continue to develop this direction. 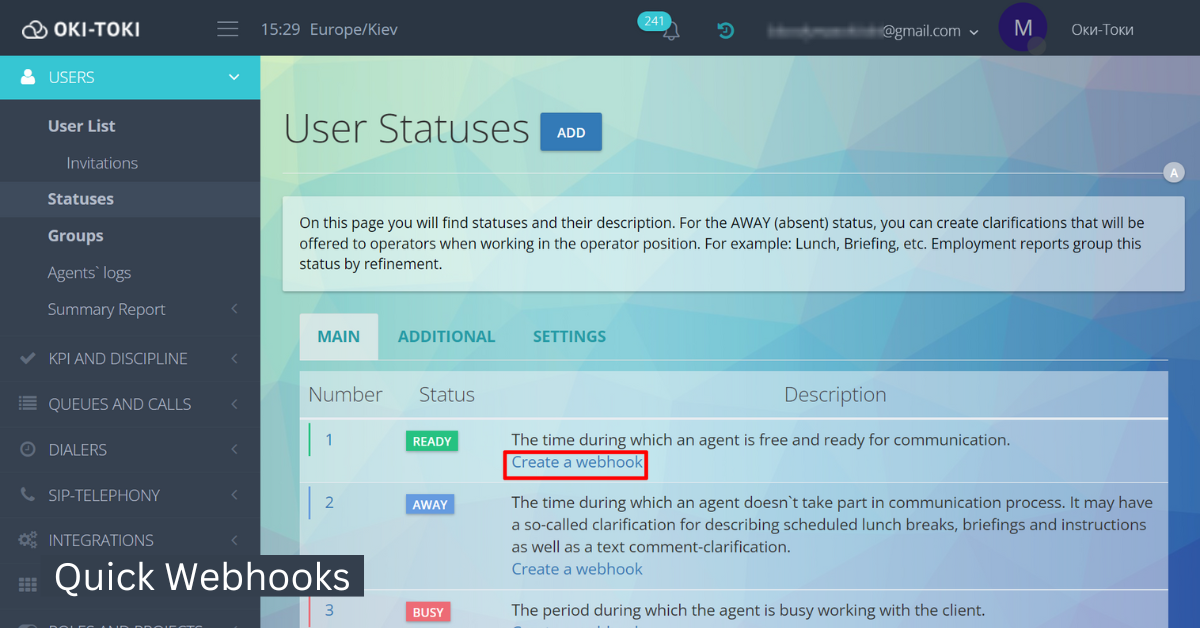 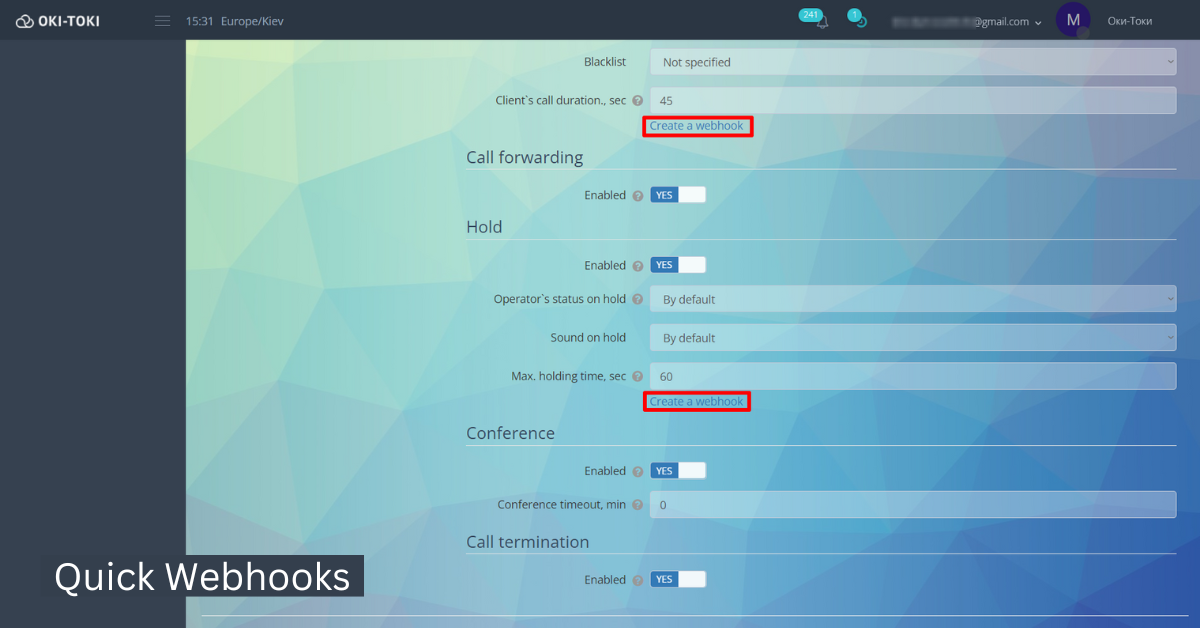 A couple of months ago, we launched a new operator quality assessment tool. Then the tool could count the number of calls and their duration, but more recently we have combined the tool with a transcript, which allowed the system to find and record parasite words in the report. The new metric is called “SA: Word Occurrence Analysis in Transcript”. It will help in the fight for the clear speech of your CC operators. The metric is already working , but we recommend trying it out =) 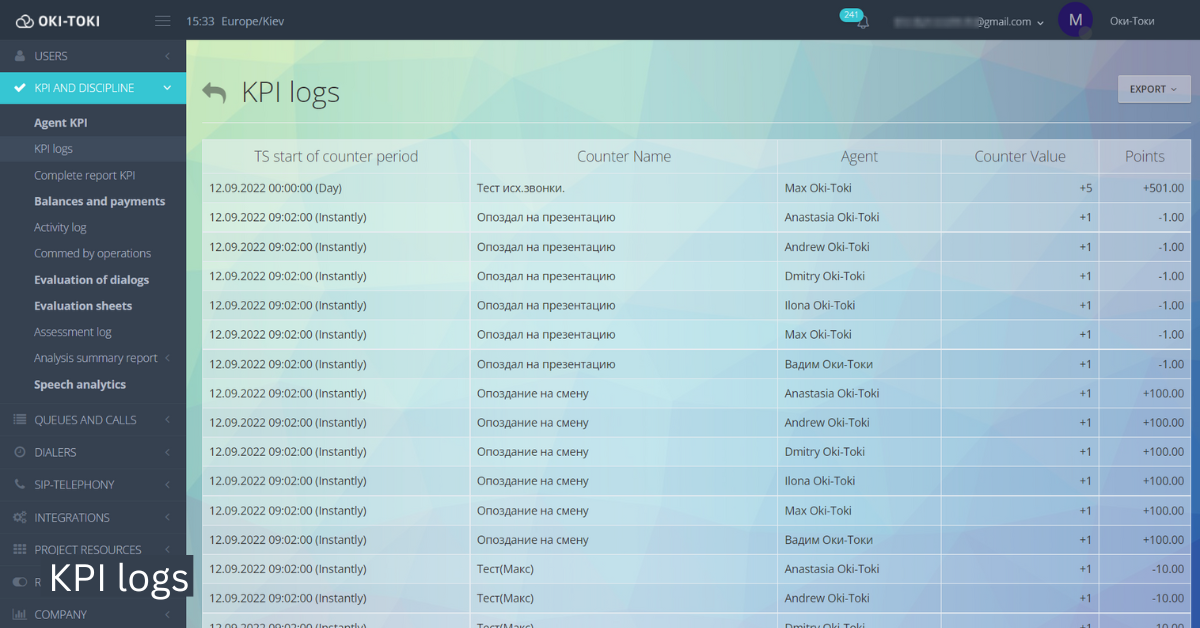 If you do not use Oki-Toki scripts or use an external questionnaire, but at the same time you need the ability to manage the task in our interface, the new function will allow you to do this. After making a call in the office, a button will appear in the call control panel , allowing you to:

Also, it contains additional information about the task, such as the history of attempts.

We stopped monetizing transcripts, making them free. Moreover, we focused on making the transcript not just an independent option, but a tool for automatic speech analytics of the operator. Here’s what came out of it: 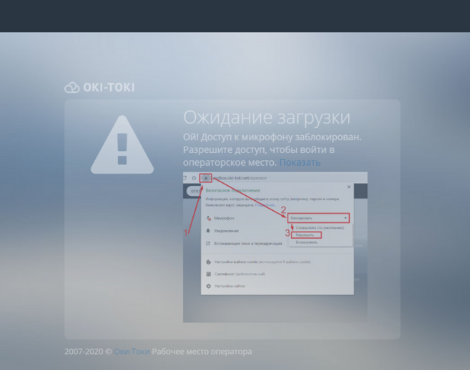 Wednesday May 6th, 2020 The browser does not see the microphone of the call center operator: solving the problem

What should I do if the browser does not see the “microphone” on the computer of the call center operator? Solutions in the article!