What is a Callback, how to set up a connection with a client through the site, dialer lost clients. 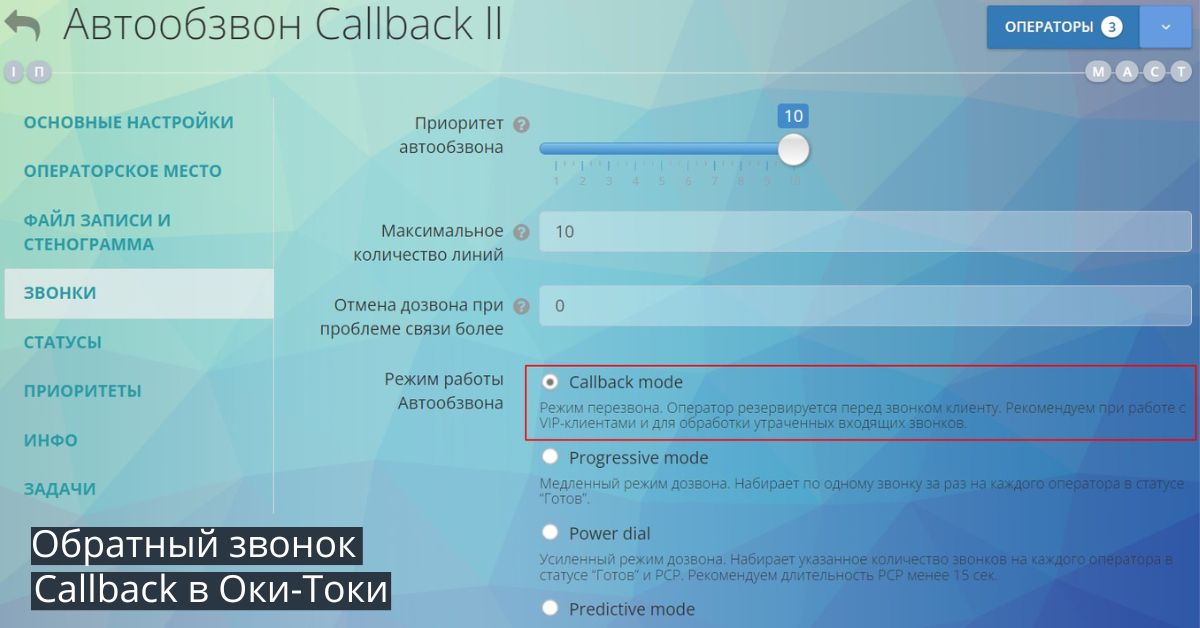 There are many ways to lose customers, even those who are interested in your product or service. But there are several ways to prevent this. Most call centers and outsourcing contact centers have such an option as “Callback”. Depending on the service used, “Callback” appears:

We wrote more about what “Callback” is and how to use it correctly in our article.

The article refers to the Cloud Call Center product.

How to use Callback for incoming calls

“Callback” is used as an dialer mode for handling lost calls and “call back”.

For example, the client called the incoming line – but there were no free operators for him, and in order not to lose the client, his number is added to the “Callback” mode dialer. When a free operator appears, an automatic call comes in, connecting the client who did not get through to the operator. The peculiarity of this type of dialer is that it first dials a free operator, warns him about the planned call, and then initiates a call to the client.

The main thing is to specify the desired dialer in the “Callback” mode in the queue settings for incoming calls. 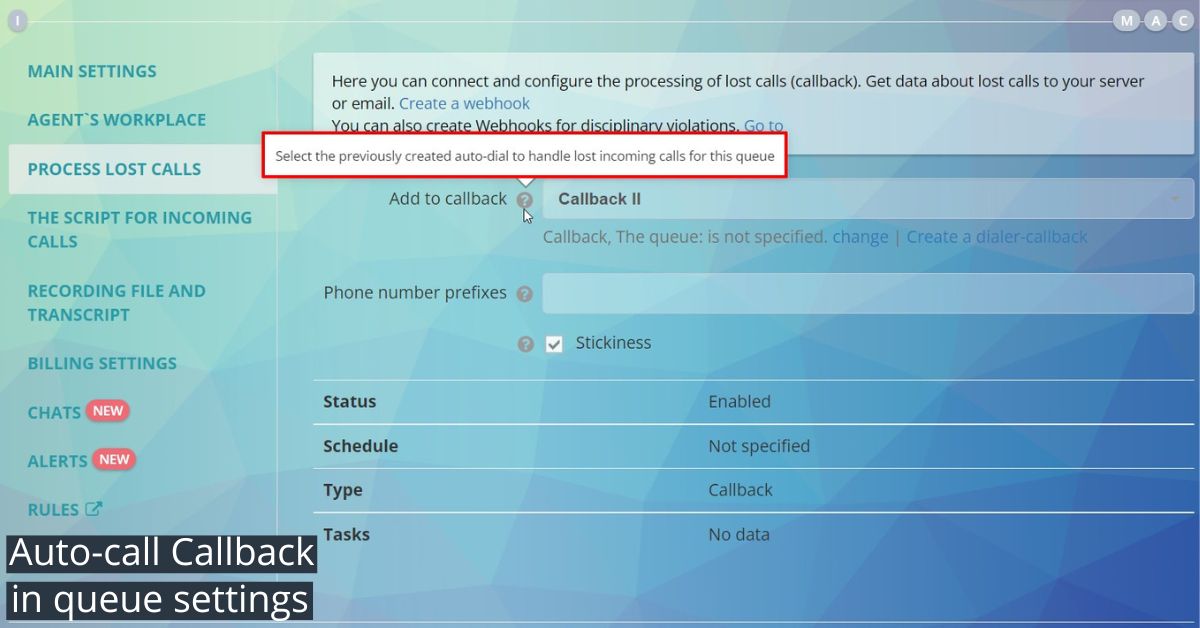 How to set up dialer – Callback in Oki-Toki

In the “Auto Calls” section, create a new one by selecting “Callback mode”. Detailed instructions for creating an auto – call are in a separate article on the blog. 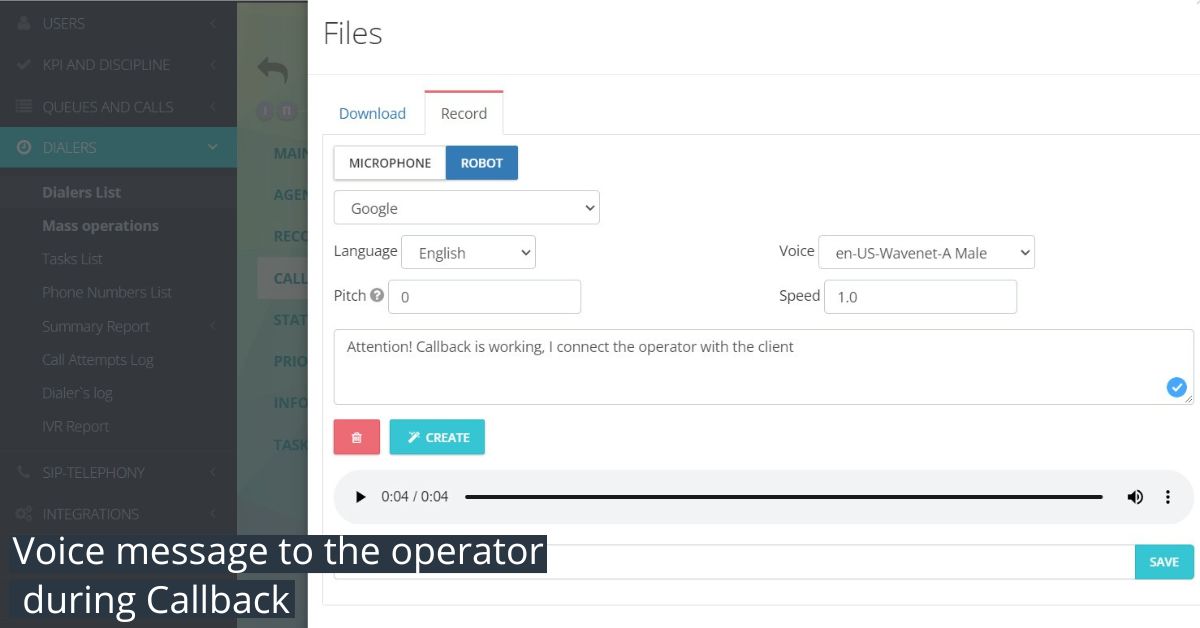 There is a separate blog post about “Sticky Callback“.

Callback on the site, it is also a callback widget

“Callback” can be used to connect the client with the company through the site, which helps to use the advertising budget more efficiently and increase sales.

You need to create an application form, integrating it on the site, where the client will leave his phone number. This number will get into the CPM or directly into the dialer for further connection of the client with the operator. Such tasks are processed automatically and sequentially, which optimizes the work of operators and greatly reduces the likelihood of losing a client. 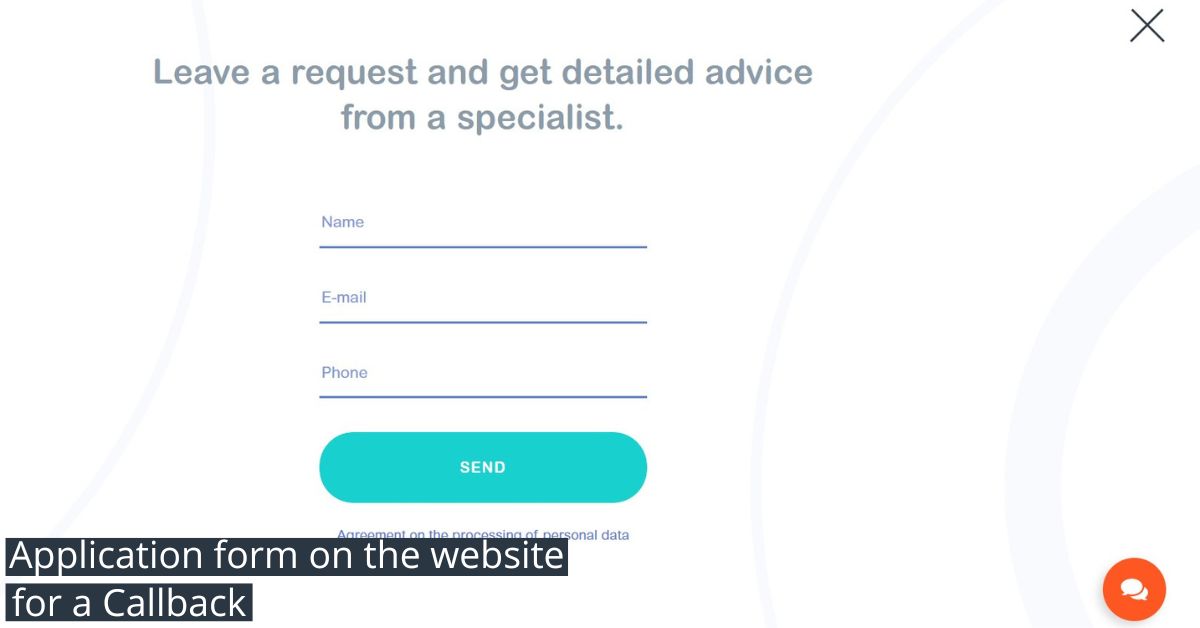 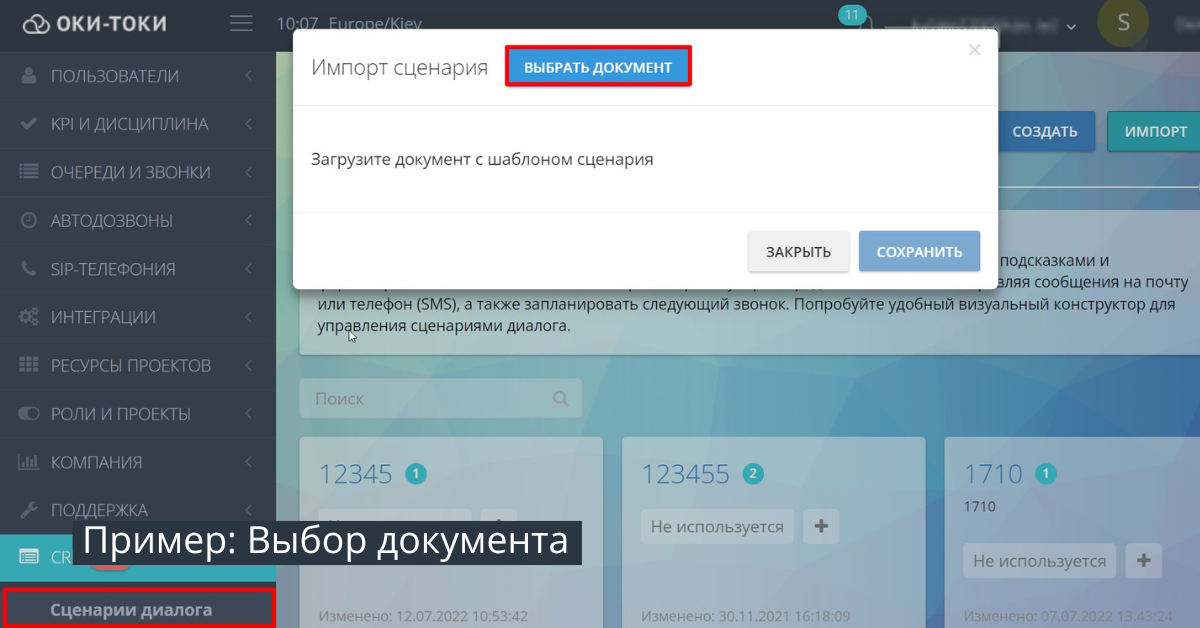 Wednesday July 20th, 2022 How to create a sales script from a google docs document

The sales script is an important optimization component of the call center. This note is about the convenience of importing a script into Oki-Toki directly from Google Docs. Thursday September 22nd, 2022 Blacklist of numbers in the call center

What is the Black List of Numbers and how to set it up in Oki-Toki for incoming, outgoing calls and for dialer.