Top 10 sales phrases for contact center agents that will increase the conversion of calls into sales. Take note! 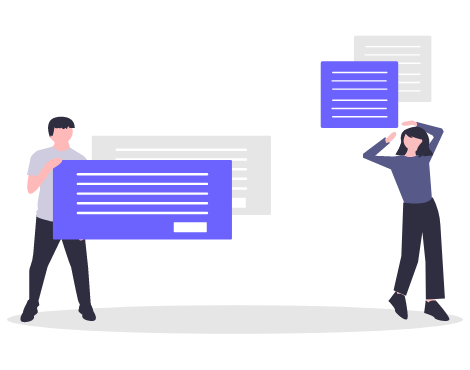 This is the first part of our translation of a large article on the “language of sales” . Many of these formulations, used “on the forehead”, without adaptation to our realities, managed to become the hallmark of “representatives of the Canadian trading company.” Which, however, does not in the least negate their fundamental loyalty, based on the psychology of people, and, as a result, their effectiveness. We have accompanied the article with small comments, not so much for criticism, but as a reflection and an invitation to a conversation.

The right words and phrases have a significant impact on the result of sales calls. But which of them can be considered as such? Before we delve into the specifics of working with different types of clients (note Oki-Toki: see the following parts), for starters, just list our favorites.

1. “We thought that as an Odessa citizen (Muscovite, Almaty citizen, …) it would be interesting for you to know that…”

A personalized conversation starter can help you hook a customer right from the start of the conversation. After all, we remember how important for sales such leads that can attract the attention of a client, especially for cold calls.

Here, acknowledging the customer’s concerns is a key part of the sale, helping to build rapport, and the next step is demonstrating that there is no cause for concern. Oki-Toki’s comment An important, in our opinion, moment for the operation of this technique is sufficient attention paid to the first part, in which the operator agrees with the client’s thought. A common mistake is agreeing with the client’s concern, expressed too briefly or spoken in a slurred tongue twister. Instead of the desired understanding, this, on the contrary, causes the client to feel that his words are brushed aside. Separately, it is worth mentioning the word “but”. It is not popular in sales due to its negative property, aptly phrased in Game of Thrones as “everything before the word but is horseshit”. We don’t know what philologists say about this, but experts in sales techniques recommend abandoning the “you are right, but” construction. Thus, acknowledging a client’s concern, followed by arguments against its causes, is not a very trivial thing, and requires careful work with the operator.

The use of “strong” language in a conversation that demonstrates the operator’s confidence in what he is saying (and selling) is important because it helps convey this feeling to the client. Oki-Toki’s commentary The calm confidence of a professional is certainly more advantageous than the doubts and worries heard in the voice of a beginner, this gives a constructive color to the conversation and contributes to a positive decision. But how often does this confidence turn into assertive self-confidence for operators, forcing them to ignore signals that the client seems to understand the topic better than the operator, and for a successful sale it is necessary to reduce the intensity of “authority”? In our opinion, this is a very difficult moment in the preparation of selling operators.

It’s not just that everyone loves discounts, but it’s also about making the customer feel special with the phrase “just for you.” This helps to establish a stronger relationship between the client and the company. Oki-Toki’s commentary A controversial statement today, since the distribution of something “only-for-you” to the right and left has somewhat discredited the meaning of this phrase. For many, such a proposal, instead of feeling “special”, gives the feeling that “I seem to be bred.” And this clearly does not contribute to the establishment of a stronger relationship between the buyer and the seller. In our opinion, it is necessary to carefully use such offers, especially during a cold call, especially if the client does not hesitate, but tends to refuse. Perhaps you should avoid them if it is not a one-time deal, but a long-term relationship, and customer loyalty is important. And only when the client clearly needs some kind of argument to make a decision or he directly stated a high price, offer a discount.

Note Oki-Toki. The considerations in this paragraph will be of more interest to those who work for an English-speaking audience, as they relate to the English language. And again, a phrase filled with confidence, and a good “strong” word is “of course”. This is due to the “-ly” ending in this word (we are talking about the word “certainly” used in the original article (of course, of course)). The use of words with this ending is a little-known, although recognized by many marketing agencies, persuasion technique. Just remember the slogans of your favorite brands. Comments by Oki-Toki I wonder if there is a similar, widely known in narrow circles, “special” influence of some endings in words in the Russian language? Or maybe attachments? However, even without magical endings, the words “of course”, “certainly”, “undoubtedly”, “naturally”, “of course” give confidence to speech, and they should be used.

After the first acquaintance call, a potential client will probably look for information about you and your competitors. And if the operator already at the stage of acquaintance tells how you differ, this will help you stand out from the crowd.

Words like “let’s” (in the original – “let’s”) create a feeling of some kind of community, joint activity, team among the interlocutors, and the turns “go further”, “go to” and the like are evidence that your work in your company is going according to plan and methodically. 8. “When is it convenient for you to start / deliver?” Such phrases demonstrate to the client his priority for you: your willingness to flexibly adjust your processes to his, client’s, needs. Oki-Toki’s comment And also such phrases can push the hesitant client to make a decision, creating the feeling that he does not have the opportunity to hang up and “think” indefinitely that he needs to decide right now. Though not the fact that the decision will be necessary. But an unequivocal “no” is often better than “I don’t know, call … someday.”

A greeting, especially a conventional one such as “Hello, my name is…” can lead to an immediate “hang up” by the customer. Whereas opening the conversation with an apology is less common and can draw the client into the conversation.

10. “Let’s see if we can put together the most suitable offer / package / package of services for you …”

An expert trick: show the flexibility of a product or service to best meet the needs of the customer. In addition, with this phrase, we again give the client the feeling of working together in his interests, since here “we” is the client and the operator, jointly solving the client’s tasks: “we are with you”, as opposed to just “we”, which sounds like “ operator plus company. 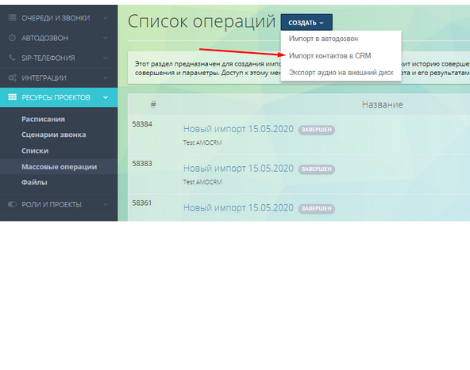 How to create an import of contacts in CRM for internal and outsourcing contact centers in Oki-Toki, database loading.